When your liberty and freedom are on the line you want an experienced criminal trial attorney. At Boyd & Squitieri you can rest assured that you are placing your life in our experienced hands. Lisa Squitieri, Esq. is a retired Chief Assistant Prosecutor with over 25 years of experience in the criminal law field. She has tried over one hundred jury and non jury trials in her career and she is not afraid to step into the courtroom and fight. She and her associates will work tirelessly and around the clock to get you the best possible outcome. Navigating the criminal justice system can be very scary, especially if you or your loved one is detained. Lisa Squitieri and her team will be there to hold your hand throughout the entire process. 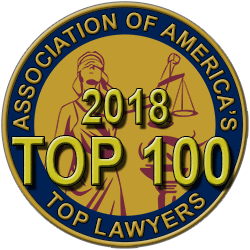 Attentive
Our Criminal Defense Attorney Will Personally Walk With You Every Step Of The Way
Diligent
We Will Devote Our Time & Energy To The Resolution Of Your Criminal Case.
Experienced
Attorney Squitieri has been handling criminal cases for over 25+ Years.

Recognized
Our Lawyer Has A Reputation For Delivering Expert Legal Services.

The New Jersey Legislature enacted the Prevention of Domestic Violence Act of 1991 with the goal of protecting victims of domestic abuse. It was a worthwhile cause in theory. The reality, however, is that the Act has allowed “victims” to bring forth allegations that wreak havoc on the true victims, those accused of crimes of domestic violence. After 25 years as a prosecutor, I have learned that too often “victims” use orders of protection and the police as leverage or retaliation when a relationship sours and the accused are left to fight for their freedom and visitation with their children. Police Officers with no intimate knowledge of the true story only need a victim to fabricate a story that alleges that an act of domestic abuse occurred in order to land an alleged abuser behind bars, even if the “victim” was the one with the knife and the accused was merely trying to protect him/herself. To make matters worse, when there is no police involvement, all an accuser has to do is walk down to the courthouse and fill out a form in order to be granted a restraining order. When you find yourself in this unjust predicament, falsely accused of domestic violence, you need an experienced attorney behind you to fight for your home, your children and your livelihood.

If you need help with your criminal case, look no further than Lisa Squitieri. Call us today at (201) 871-8335 to schedule your free, in-person consultation.
WHY CHOOSE US?

Are There Laws To Protect A Man From An Ex-Wife’s False Report?

A legal system that was designed to protect against abuse is itself being abused, as described in the previous article “How Your Ex-Wife Can Legally Keep Your Kids From You.” […]

Today, a war rages over the issue of domestic abuse. Women’s groups contend that they are the primary victims of domestic abuse and have responded by orchestrating campaigns seeking sympathy […]

When can I apply to have my megan law /supervision requirements terminated?

If your underlying sexual offense is a crime that can be terminated, the rule of thumb is that a motion can be filed once you complete 15 years crime free from the date of release from incarceration or 15 years from your sentencing date, whichever is later.

If I cooperate with the police, will they go easy on me?

The reality is that you have the right to remain silent, and it is best to do just that. Police can not promise anything in exchange for your cooperation and they cannot tell a judge to go easy on you. However there are circumstances when you would want an attorney to present evidence to the police in hopes that they do not charge you. If you believe that you are the subject of an investigation, it is best to seek the advise of an experienced criminal attorney for proper advise and guidance.

Are the police allowed to search my car or home without a warrant?

Without a valid and legal exception, which can be you or a household member consenting to the search, the police are not permitted to search your home or car without a search warrant.

What is a search warrant ?

A search warrant is an order from a judge that allows the police to search an item, place or object. In order for the police to get said warrant, they would need to establish why they need to search, what they are looking for and why they believe the item is where they think it is. This warrant is signed by a judge and must be shown prior to the search.

How much bail is needed to be released from jail pending trial?

January 1, 2017 began Bail Reform which eliminated the need for setting bails. Instead, if you are arrested on a warrant, the Prosecutor’s Office has a short period of time (less than 24 hours) to decide whether you should be detained. If so, they must make a motion to a Judge for a detention hearing. If they decide not to file for detention then no bail is required. If the prosecutor files for detention, then the matter is heard before a judge to determine whether you stay in jail until the case is over. It’s best to hire an attorney to be at the detention hearing to fight for you to get you out of jail.

How do I prove my innocence?

The burden is on the State to prove a person guilty beyond a reasonable doubt. Failure to do so should result in an acquittal. However, it’s best to have an experienced attorney on your side to point out the flaws in the State’s case to highlight to the fact finder that the State failed to meet their burden.